Please Enter Keywords
TOP

Home
News Center
Global
Text
A breakthrough of the mechanism of energy saving in collective swimming
Oct 29, 2020
Peking University, October 29, 2020: Professor Xie Guangming's group in the College of Engineering at Peking University has found a simple yet previous unknown rule, explaining how do schooling fish save energy in collective motion. The related work has been published in Nature Communications.

Collective behaviour has drawn a great interest to biologists. A well-known example is that geese fly in "V"-shape or “—”-shape formations in long-distance migrations to reduce drag and thus to save energy. Similarly, as it is a common phenomenon that fish swim in schools, can fish also save energy by swimming in groups? Since Daniel Weihs (1973) proposed a possible energy-saving mechanism for schooling fish, the investigation of energy-saving mechanisms in collective underwater swimming has attracted a long and widespread interest among biologists and roboticists. The former want to reveal the essential mechanisms behind natural phenomena, while the latter want to learn from nature and apply them in the field of engineering. However, it is still not known whether, and if so, how, schooling fish can save energy by interacting with the vortices shed by neighbours. 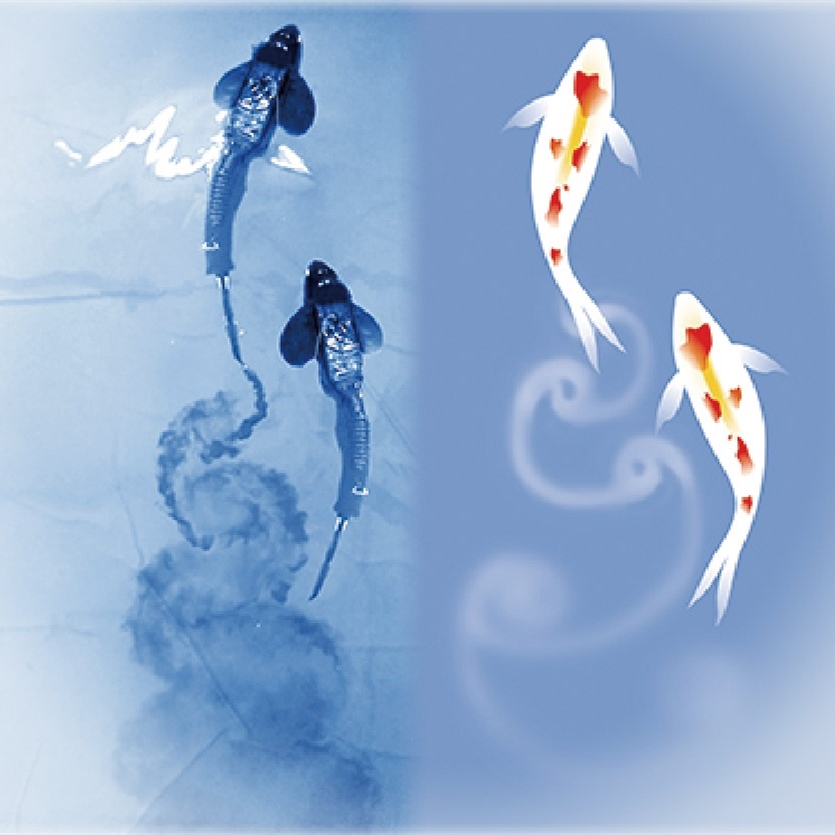 Professor Xie's group used the high fidelity bio-inspired robotic fish developed by themselves as a physical experimental model to explore the mechanism. They conducted over 10,000 trials on collective swimming robotic fish in the low-turbulence flow tank platform at the State Key Laboratory of Turbulence and Complex Systems, Peking University. A simple rule was found to explain how the follower can save energy by adjusting its body undulation relative to the leader. In order to verify whether this rule is also adopted by real fish, Professor Xie's group, together with Professor Iain D. Couzin's group at the Max-Planck-Institute of Animal Behaviour, Germany, analysed the relationship between the formation and relative undulations of fish bodies at different swim speeds, and verified that this simple rule is also used by real fish for saving energy. In particular, after impairing the vision and lateral line perception in real fish, they found that real fish do not require complex perception and brain processing to adopt this rule, indicating this rule might be universal in biological systems. 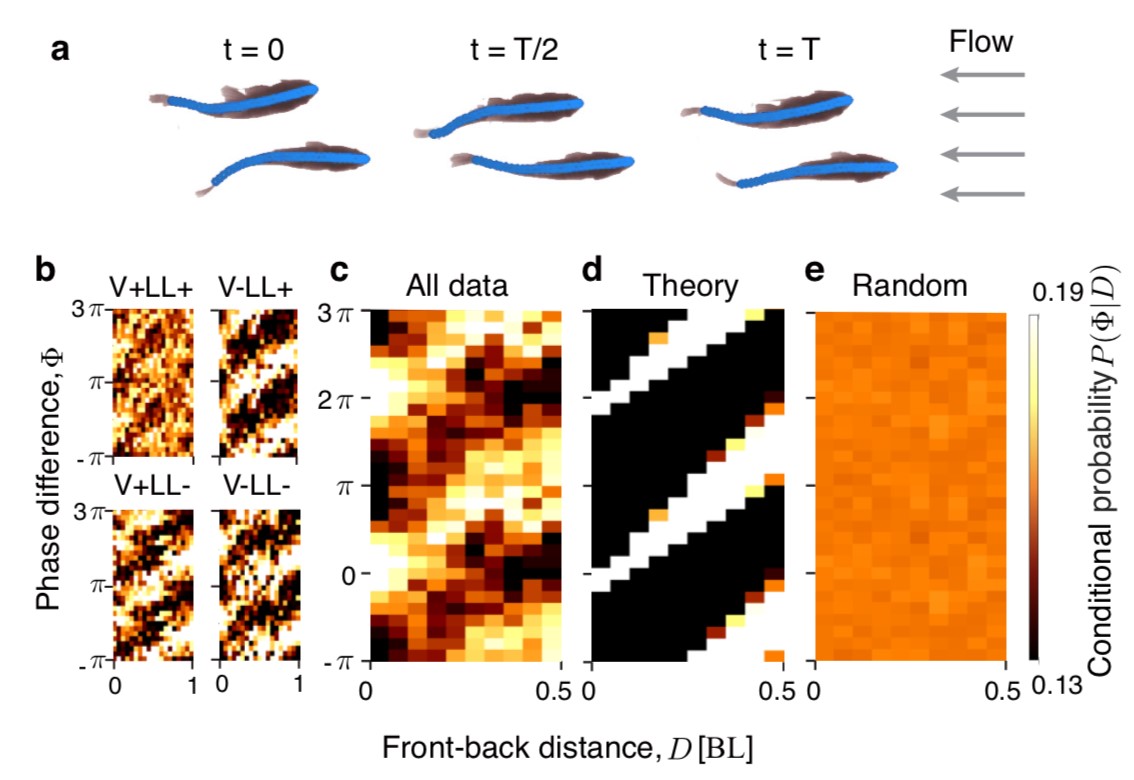 These results not only suggest a potential energy-saving mechanism for fish school, but also can inspire roboticists to design control algorithms for underwater robot swarm.

Professor Xie is the co-corresponding author of the paper, and Li Liang, who conducted the work when he was a Ph.D. candidate, is the first author of the paper. The work was supported in part by grants from the National Natural Science Foundation of China (NSFC, No. 91648120, 61633002, 51575005) and the Beijing Natural Science Foundation (No. 4192026). Collaborators include the Max-Planck-Institute for Animal Behaviour, the University of Konstanz, the Hungarian Academy of Sciences, the University of Löland, and Princeton University.

This study is a clear evidence showing the research strength on bio-inspired underwater robotics at Peking University: on the one hand, learning from nature to develop high-performance underwater bio-inspired robots, thus to promote the development of robotics technology; on the other hand, using robot fish as a new approach to study the collective behaviour of fish, thus to develop a new research paradigm and promote the advancement of natural science.