Peking University, April 29, 2017: In the February of 1922, Wei Jiangong, a student in the Class of 1923, pioneered to found the Experimental Drama Association at Peking University. However, the association was always struggling with a shortage of funding, even with members’ spontaneous fund-raising.

Although encountering a great number of difficulties, the association succeeded in performing many internationally renowned classical plays. Among these, The East before Sunrise in 1924, which was adapted from On the Eve by Poland author Leopold Kampf, was recognized as the most famous.

Wei Jiangong, with his Experimental Drama Association, kicked off the development of modern drama at PKU. After nearly a hundred years battling against all kinds of obstacles, the modern art form continues to develop itself with a brand-new lookon campus.

Before the 1950s: Drama practices during the war

In 1916, Song Chunfang, a theatre theorist and author, started to offer the course “European Theatres” at Peking University. Inspired by that, the Association of Theatre Research was set up then so as to introduce “Studio Theatre” and “Amateur Play” to Chinese university students.

During the New Cultural Movement, Chinese versions of the scripts by Henrik Ibsen translated by Professor Hu Shi and his student Luo Jialun were published in the New Youth. Afterwards, Pan Jiaxun, a student majoring in Spanish Language and Literature at PKU, devoted himself to the translation of European scripts and published three of his works in the Renaissance just in the year of 1919.

Having made full preparations in theoretical studies, students at PKU started to devote to drama practices. Wei Jiangong, without any doubt, was a trailblazer among them. 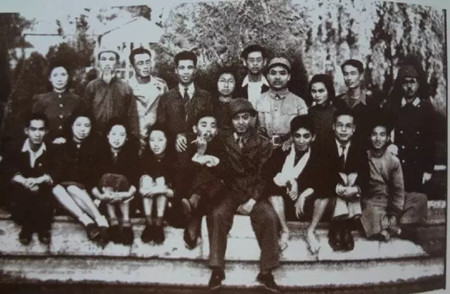 In 1938, due to the white-hot Anti-Japanese War, Peking University, Tsinghua University and Nankai University all moved  from Beijing to Kunming and merged into the National Southwest Associated University. In 1944, students at the National Southwest Associated University set up the Drama Art Association, which rapidly grew into a large association attracting a great number of amateur drama actors. In 1946, the three universities moved back to Beijing and a new drama association was established at PKU, based on the original Drama Art Association.

From the 1950s to the 1990s: New accomplishments made by the Drama Association

Between the spring of 1956 and the summer of 1957, art associations were especially active at Peking University.

Wen Xiaoyu, a member of the Class of 1959 at the Department of Chinese Language and Literature, served as the President of the Drama Art Association at that time. During her term, Wen personally directed the play Nightclub, adopted from the novel Donzoko by Gorky. Besides, she also played the role of the prostitute in the play. The play became a hit among students and teachers, and it became to be regarded as the peak of student art at PKU.

In 1980, Ying Da, a member of the Class of 1983 at the Department of Psychology, decided to set up a new drama association at PKU. In that year, Ying Da formed a team with Xiao Feng from the Department of Economics and Li Xia from the Department of Chinese Language and Literature, and participated in the Student Drama Show in Beijing. Two years later, the team of three members at its beginning expanded into the Drama Association with Ying Da as its first president. 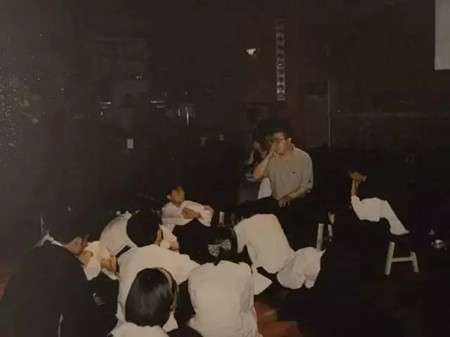 Members of the Drama Association were dedicated to the writing and performance of original dramas. Once, a team representing the Drama Association won a national first prize and was thus invited to perform the play at Zhongnanhai, which greatly encouraged students in the association. “The sense of accomplishment gained from those experiences was totally different from that of being a famous director now,” Ying Da recalled his old time as a PKU student.

The 21stCentury: Juxing Competition as a platform towards society

Juxing Competition was established for amateur drama actors at PKU. They form teams and perform their original plays to audiences on campus. It has been held since 2005. During its 11 years in existence, not only have a great number of outstanding original plays been written, but many talents excellent at script writing and drama performing have been cultivated.

More importantly, Juxing Competition has gradually become a platform accelerating the transformation of student dramas into social ones. 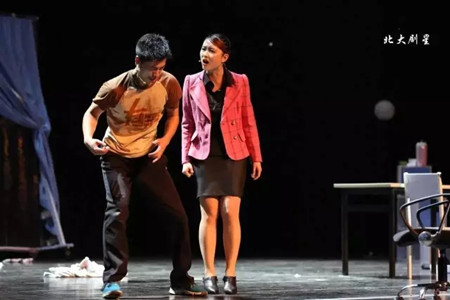 In the April of 2015, after one year’s endeavors, Morning, Mom, an original play writtenby the student group Jiangenian at PKU, started its national tour under the financial support from the China National Arts Fund. Before that, Morning, Mom had won the Juxing Competition during the academic year from 2013 to 2014.

In addition, leading writersof ROAR! ROAR!, another play which received very positive reviews at the Juxing Competition, planned their own touring after the competition as well. In order to adapt to public performance better, writers of the drama made some necessary adjustments in their script, including character settings and the length of the performance.

Cui Hao, the director of ROAR! ROAR!, was also an undergraduate in the School of Psychological and Cognitive Sciences. As a student director, he has been looking forward to more new breakthroughs and more original works in the field of campus drama. “Originality meansvitality,” said Cui. “I sincerely wish a good future for original plays atmy university.”