Peking University, April 7, 2017: Since the last half century, the post office had played a crucial role in the lives of most of Peking University’s students. In the old days, when there was no WeChat or any mobile devices, the post office was a significant medium that helped students to maintain their relationships and keep in touch with the outside world. Letters perhaps were the only way the students could communicate with their friends, families and relatives who were living far away in their hometowns. “We used to engage in a long distance relationship. I could still remember vividly that, during those days, the most important things that happened in my daily life was to wonder when I would receive my mails or letters from her, my current wife. The first thing I would do after receiving the letter was to read repeatedly, all over again and again…." said Liu Kaixiang, an 87’ graduate student at Peking University’s Law School. 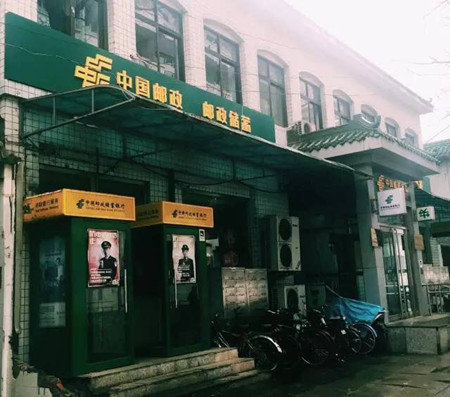 To Liu Kaixiang, the post office not only was his “Love Interchange Station”, but also the place where he gathered with his fellow students from the same province . While waiting in the queue to post the letters, Liu Kaixiang got to know a bunch of friends who came from the same hometown. Basically, this was how he got to know one of his best friends, Tang Kui.

Besides that, to Guo Li, a 07’ undergraduate student at the School of Physics, the post office was a place where he used to receive confession letters from other girls. Although he soon found out that it was some prank that his friends did to him, the memories, which lasted after so many years, were still important and meaningful.

In the decades of popular printing media, the post office was the gathering center of many Peking University’s students like Guo Li, who was passionate about literature and art. They submitted their contributions to newspapers and magazines through the post office. The post office connected the students with the outside world.It was the period when the Scar Literature reached its peak. Many famous novels and poems werepublished in the magazines. Well-known authors such as Su Ting, Gu Cheng and Bei Dao’s writings were oftennotable in the pages of the magazines. 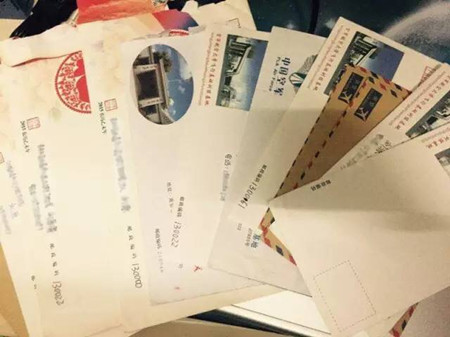 And, among so many stories, the most intriguing one was when the freshmen first entered the university, the officialnotice that they received was the actual address of Peking University, as posting letters was very common to them at that times.

The Past and the Future of the Post Office

In 1982, the post office started to move into the Peking University’s campus from Chengfu Road. And, the location had been constantly changing until the 19th century. It is now in Bo Shi, which is a strategic location that brings convenience to students. Aside from changing the location of the post office, the roles that the post office plays in people’s lives are altering too. In this relatively modern world, when people can easily reach out for mobile devices and efficient communication applications, people seldom send letters anymore. Some of them do it just for the sake of reminiscence and recollection. In the past centuries , they used to build a bank and a post office before hospitals and schools while planning to rebuild a city after a major natural disaster, which showed the importance of the post office.

In spite of the fact that writing letters isn’t the main communicating method anymore, many students still uphold some unique feelings towards the post office. In fact, the business scope that the post office is now involved in is pretty broad. Beside posting letters, the post office is also working out in different fields such as remittance, stamp collection, subscription of journals and newspapers, and international courier service. In Liu Kaixiang’s opinion, despite the intense competition in the business of express parcel delivery services and online payment applications, the post office is difficult to be replaced, as post offices are often the only facility with these functions in most of the suburban and rural areas in China.

"If you accidentally make some mistakes in your email or WeChat messages, you can delete them afterwards. But, letters don’t work that way. People always tend to write their letters very carefully and thoroughly. The letters that received by someone at the end are always the best expression in words.” said Wu Yuan, a 91’ graduate student at Peking University’s Law School.

At Peking University, most of the elder scholars liked to write letters. They treated the letters so seriously and carefully. Even though these were just some simple affairs, they would have written a letter to express their gratitude. Guo Li still keeps the letters from one of his lecturers at the School of International Relations. He pointed out the major differences between letters and WeChat messages: letters could store the precious moments in your life which you could reflect on, while WeChat messages couldn’t do that.